Registrations open for the Sustainability in the Built Environment Award 2022 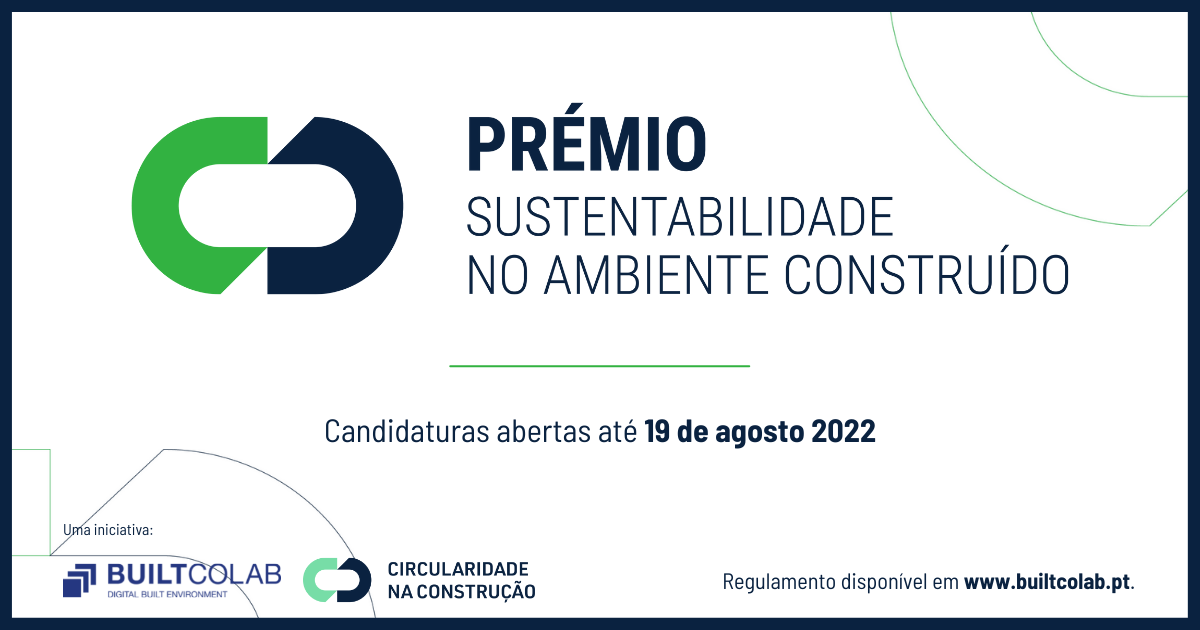 Applications for the Sustainability in the Built Environment Award 2022 organised by BUILT CoLAB are open until 19 August.

This award aims to promote and recognise good practices, as well as raise awareness in the industry and public institutions of the need for knowledge and innovation within the scope of sustainability and circularity in the Built Environment.

This initiative follows the work that BUILT CoLAB has been doing within the Circularity in Construction project (https://circularidade.builtcolab. pt/) in which several reference entities in the sector collaborate (collaboration protocol promoted by the Ministry of Environment and Climate Action, between BUILT CoLAB and the Environmental Fund, with the participation of APA, CIP, CPCI, AICCOPN, AECOPS, PTPC and IMPIC), which has allowed to make a diagnosis of the current state of the subject in Portugal and to realize that it is necessary to give a boost to the AEC sector, so that it increasingly adopts sustainable measures.

This Sustainability in the Built Environment Award wants to contribute to the discussion of the theme and encourage innovation by showing the best practices at national level, highlighting them and recognizing the merit of the entities that implement them. To this end, applications will be evaluated for their innovation, relevance and contribution to the advancement of knowledge in two areas: Sustainability and Circularity.

Applications are open from 20 June and close on 19 August. The award ceremony is planned for the end of September (date and venue to be confirmed).

Information and regulations are available here.

Promote the digital transformation of your company. Ask us for help.